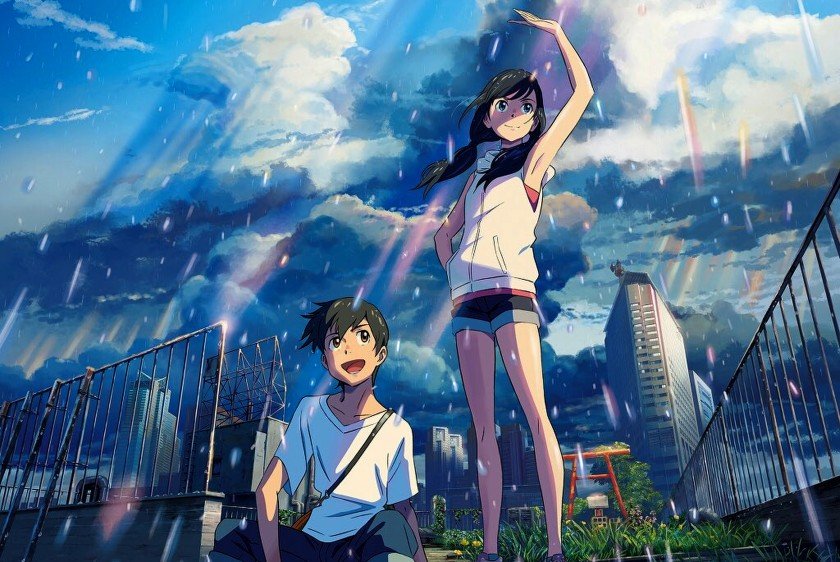 Everywhere you go, always take the weather with you.

Studio Ghibli Inspired, ‘Weathering with You’ is Makoto Shinkai’s follow up to his critically acclaimed hit ‘Your Name’ and it’s a film that follows a similar template without quite achieving the same emotional resonance as that film. The film is set in Tokyo during a period of extreme weather, telling the story of a high school boy who befriends an orphan girl with an ability to control the weather. It’s a stunningly crafted piece of work with incredible animation that makes Tokyo feel as lived in as any live action movie has, and it’s a solid follow up from Shinkai.

The shadow of ‘Your Name’ which is also a Studio Ghibli inspired film, is hard to look past, particularly given the similarities between the films and this does shine a light on the shortcomings of ‘Weathering with You‘. There are interesting ideas here that Shinkai explores through his characters, but the metaphors around climate change never really land as successfully as intended. Where the film does really stand out is with its visuals and use of music, which really help to bring the story to life, and whilst it’s not as emotionally powerful as ‘Your Name’ it is earnestly made and I enjoyed following these characters stories.

‘Weathering with You’ is an enjoyable follow up to ‘Your Name’ from Makoto Shinkai, and what it lacks in clarity around its themes, it more than makes up for through its design, characters and world building. Although this film it might not surpass the high bar set by Studio Ghibli it’s beautiful soundtrack and animation will have you feeling warm and fuzzy inside.