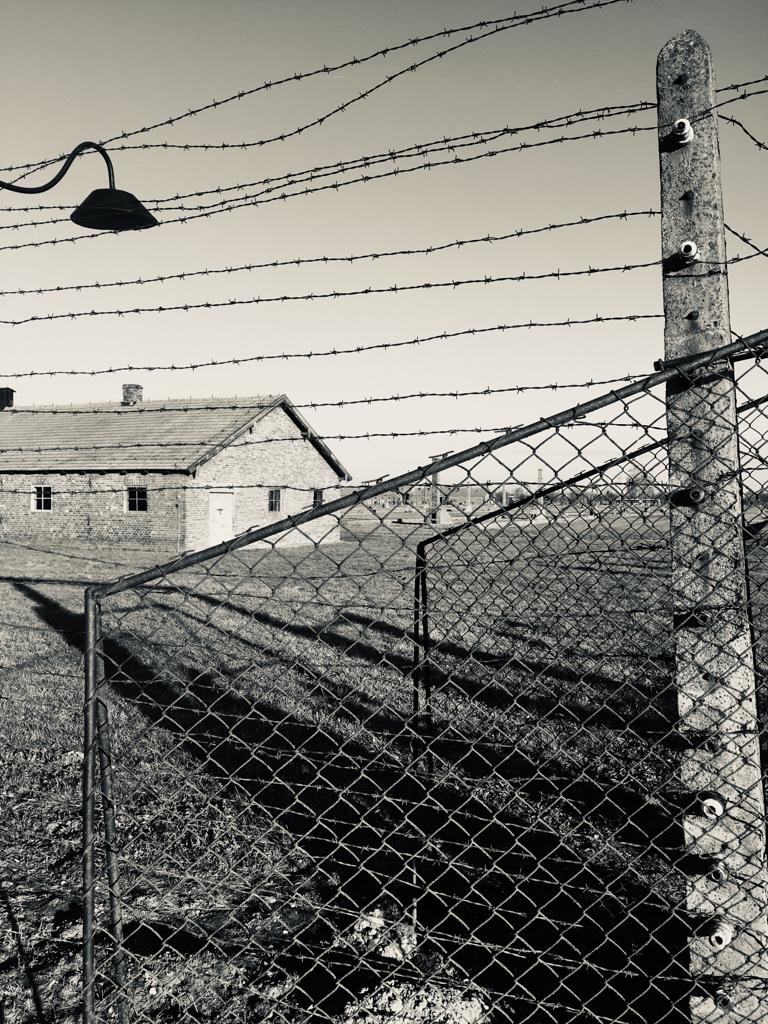 The hard historical truth that everyone should confront in their lifetime.

You can’t help but still feel haunted by the words ‘Arbeit Macht Frei,’ the German words for ‘Work Will Set You Free’ which loom over the iron gates to Auschwitz concentration camp. The irony being that most of the men, women, and children who arrived at Auschwitz concentration camp would never be set free, but in fact were being sent to their certain and untimely death. The exact number of prisoner deaths remains unclear but estimates suggest that over 1 million people lost their lives there.

I’m by no means a history junkie and secondary school history certainly didn’t inspire me to want to become a historian when I grew up, but World War II is a period which has always peaked my interest. The atrocities committed during the war are something I’ve never quite been able to wrap my head around. Regardless of the amount of films and documentaries I watch and the number of books I read, I continue to seek out information on how the events of World War II unfolded. I couldn’t visit Krakow without visiting Auschwitz concentration camp and taking the time out of my holiday to educate myself further and quietly pay my respects to those who came before us.

To forget the victims means to kill them a second time. So I couldn’t prevent the first death. I surely must be capable of saving them from a second death.

Entry into Auschwitz is free of charge, but I would recommend arranging a guided tour of the camp in advance of your visit. This will allow you to gain a better understanding of this unique and personal experience. I booked our visit via Get Your Guide and would certainly use this company again. I paid £35 per person and this included a guided tour with a licensed English-speaking tour guide, hotel pick up and drop off and headsets. The trip duration, including the journey time was 7 hours. Food and drink were not included in the price but there is a café onsite. Auschwitz is around an hour from the city centre so booking a tour with transport included is a sensible option. There are however various tour options available to suit your needs. More information can be found via their website: https://getyourguide.co.uk. Please also note that the maximum bag size which can be taken into the museum cannot not exceed dimensions: 30x20x10 cm. There are however lockers available should you need them.

Before visiting Auschwitz, I don’t think I appreciated how vast the camp was. The camp is split into 3 main areas. Auschwitz I, Auschwitz II-Birkenau and Auschwitz III.

Auschwitz I – This camp held prisoners, the enemies who opposed the Reich. Prisoners mainly consisted of political or national opponents to the Nazi Regime. In comparison to Auschwitz II-Birkenau, Auschwitz I was seen to be a much more pleasant camp to imprisoned in. Many of the brick buildings have now been converted into museum style exhibitions which are open to the public.

Auschwitz II-Birkenau – The death camp where the extermination of Jews took place. There were four crematoriums with gas chambers built here. Prisoners were forced to build their own shelters which consisted of overcrowded wooden shacks.

Auschwitz III (Monowitz) – An industrial factory producing synthetic rubber and liquid fuel where prisoners were forced to work. Please note that Auschwitz III is not open to visitors.

I expected to feel emotional from the outset of my visit to the concentration camp, but in fact I felt quite detached for the initial part of the tour. This isn’t because I have a heart of stone or lack empathy in any way, but it is because the events which took place at Auschwitz, to me still seem so incomprehensible and so far beyond my own imagination there were times when I felt like I could be listening to a piece of exaggerated fiction. There are parts of the camp which I did find particularly difficult. Being presented with glass cases full of people’s belongings such as suitcases, glasses and even hair made the cruel acts feel all too real. I also found it distressing seeing the various corridors lined with prisoner’s photographs, detailing their age, date of arrival in the camp and the date of their death. I’ve read many stories of strength, bravery and unbelievable survival but these photographs served as a stark reminder that many prisoners didn’t survive in these appalling conditions long.

You cannot describe visiting Auschwitz as enjoyable, but it is truly a humbling experience. Be prepared for the emotional rollercoaster and the period of reflection that comes thereafter. It’s so important that the stories of both victims and survivors of the Second World War are never forgotten and that we continue to educate future generations. So please take the time to visit Auschwitz and share your experience with others. Have you visited Auschwitz before? Share your experience with me in the comments.

Also, if like me you have an interest in World War II, here are a few personal reading recommendations below.

The Secret Holocaust Diaries: The Untold Story of Nonna Bannister

The Diary of Anne Frank

The Tin Ring: Love and Survival in the Holocaust

The Tattooist of Auschwitz