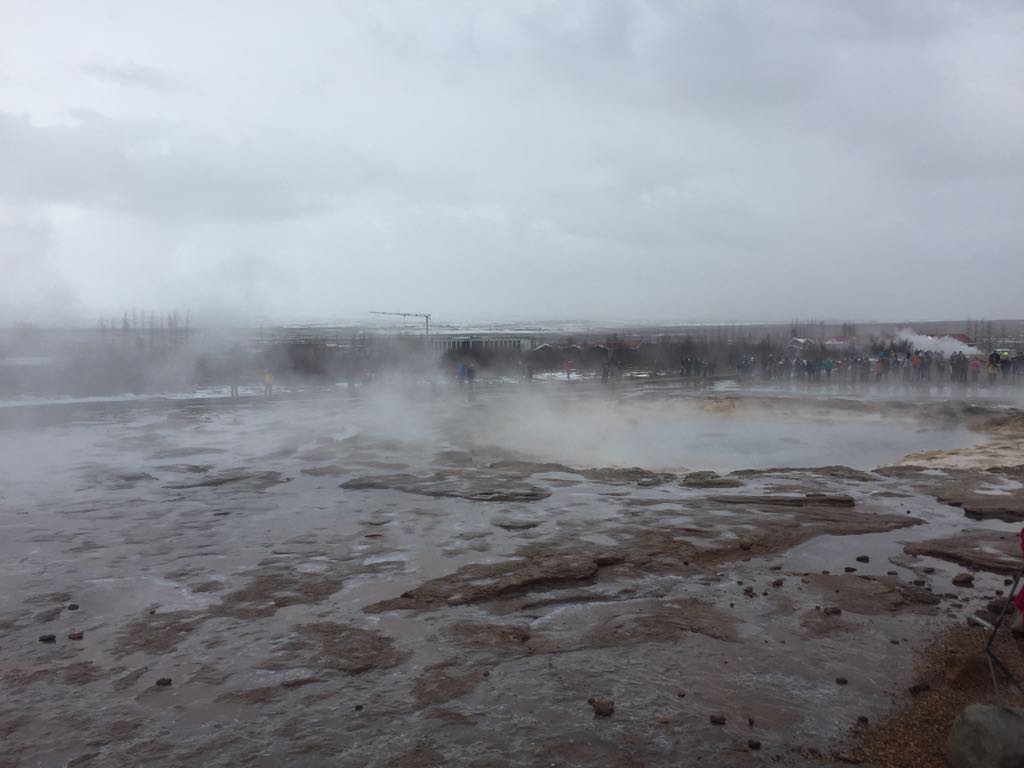 Can you visit Reykjavik in two days?

Working the regular 9-5pm means that holidays are precious. You have to manage your time wisely. I enjoy planning in a few long weekend trips away to help break up the year and give me something to look forward to. Is it possible to do Reykjavik in just two days? Absolutely!

Day 1
I’m not normally a fan of planned tours. I like to do my own thing and be the boss of my own schedule. However, as time was of the essence I made an exception in Reykjavik. We opted for the Golden Circle & Fontana Wellness Tour. The tour lasts 9 hours and includes the bus fare, a guided tour, with stops at Thingvellir National Park, Gullfoss waterfall and the Geysir hot springs, before the last stop at the Geothermal Baths. Admission into the Fontana Spa is also included in the price of the tour. The panoramic views at the Waterfall are simply stunning. I was perhaps less impressed by the Geysir hot springs, put off mostly by the very strong smell of sulphur. One of the best things on the tour was getting to see how Icelandic Rye Bread is made. The dough is placed in a metal pot and placed into a hole in the ground. The bread is then baked slowly for 24 hours in the bubbling hot springs. It’s delicious!

In the Evening
I didn’t expect much from Reykavik’s nighlife but the city was buzzing on the Saturday night. There are no entry fees so you can bar hop all night long.

Make sure you download the app ‘Appy Hour.’ Reykjavik isn’t cheap so this app will let you know which bars have a happy hour and when. It will save you a small fortune.

Unlike the UK where the party wraps up around 1am-2am, Icelanders don’t  head out until 1am and most venues close between 5am-6am. We made it back to our hotel just as people were starting to check out for their early morning flights, who says people in their late 20s can’t  handle the pace!

Day 2
Nothing quite blows the hangover cobwebs away quite as quickly as the brisk Icelandic sea air. The city is small and it’s easy to cover a lot of ground in one day. Given the previous nights escapades we didn’t feel like doing anything too strenuous. We mainly explored the city on foot and we stumbled across a small animal park in Laugardalur valley. We spent a few hours here but it was nothing to write home about. The park is probably more suited to families with young children.

If you plan to try and see the Northern Lights (best time being between January and March), don’t fork out for a tour as the chances of seeing them are entirely dependent on the weather. It was recommended to me by someone who lives in  Reykjavik to go to Grótta lighthouse in Seltjarnarnes, it’s walkable in a calm and clear day, as the light pollution is minimal out there. It is the perfect spot to watch the northern lights. Unfortunately we weren’t lucky enough to see the lights during our short trip but maybe next time!